Podium and fastest lap for Romain Febvre in Russia

The Frenchman had already confirmed his speed with third place during the morning timed practice which decided gate positions and confirmed his reactions and the power of the KX450-SR to surge uphill into turn one in third place but was unfortunate to lose three places at turn three when the rider ahead of him momentarily lost traction and they both lost their momentum for the following climb. Undaunted by the incident Romain quickly regrouped to already regain third place by the end of lap three; consistently setting the fastest laps of the race he relentlessly closed down the riders ahead of him to take over second place at two-thirds race-distance but, with the leader still six seconds clear, he sensibly settled for a secure finish on the slick hard-baked surface. Race two was again hectic through the early laps and the Kawasaki showed great reactions to cleverly avoid the carnage at turn one to move quickly into third. The rider immediately ahead of him suddenly changed his line as they entered a tight turn on lap four; Romain could not avoid his rivals rear wheel and was catapulted into the fence. Rejoining the race way down in fifteenth position after losing many seconds extracting his bike from the fence he again set the fastest laps of the race in traffic to secure sixth place in the closing stages. He was rewarded for his efforts with third place overall in the GP and the championship standings.

"I had a good start both motos. The first laps were drama both times but I was soon third and I saw I was faster than the others so I took my time to look for lines. In race two Jonass secured the inside line everywhere which made it difficult to find a way past. At one point I was really close to him when he cut the line at the last moment; he took out my front wheel and I went into the fence. I managed to take the bike out of the fence but I lost my balance and fell over again to lose twenty seconds or something. After that I thought the podium was over, but I never gave up charging; I didnt know until I finished that I was on the podium. I feel really good physically and mentally and I am calm. I still need a little more race time to build my race speed so this was a good start to the season; its on your bad days that you win championships. " - Romain Febvre. 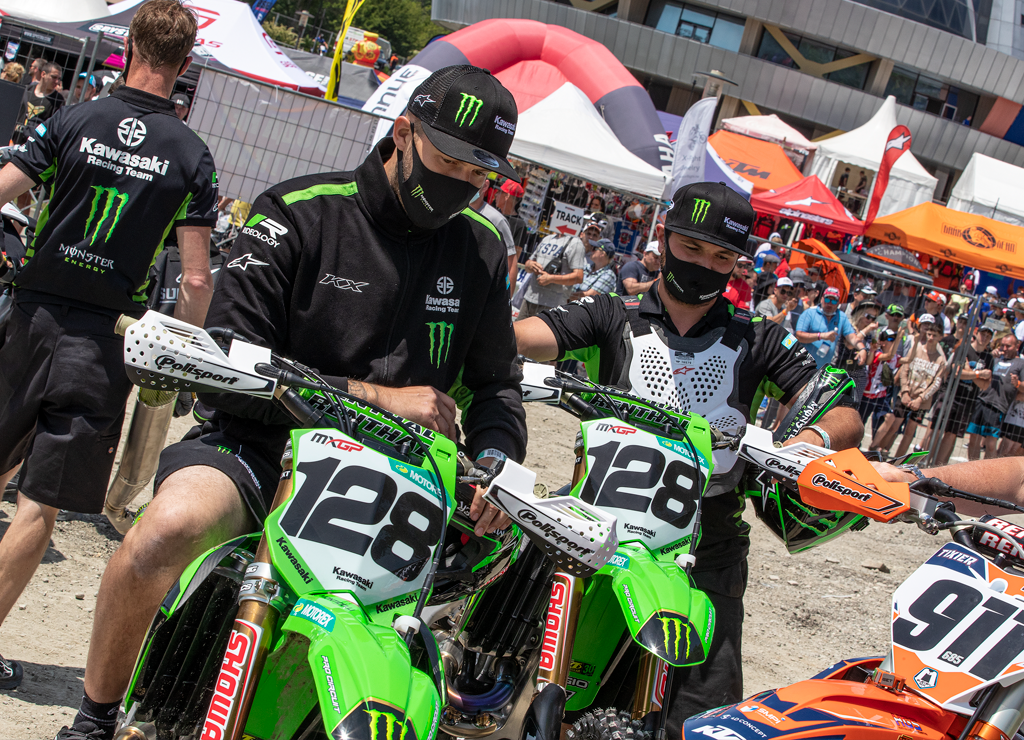