Another tight race was already on the cards for the second of three races at Pietramurata when the top five in qualifying were separated by less than a second, and the French Kawasaki ace could make a tactical choice of gate, starting inside the more-favoured centre of the grid to avoid the bar-banging which had been seen at the venue on Sunday. And the move worked admirably as Febvre coolly avoided the carnage when the points-leader fell at turn one; fourth first-time through the timekeepers beam Romain moved through to second within two laps and was soon hauling in the leader. A mistake as he prepared to build his first challenge for the lead cost four seconds but the Kawasaki was clearly the fastest bike on-track and, setting the four fastest laps of the race, Febvre was soon locked into a duel for the win. Setting a ferocious pace the two leaders exchanged the lead a couple of times through the last five laps before the Kawasaki man made the decisive pass stick as they entered the final lap to sprint clear, winning by just over a second; the victory moved the Frenchman into the virtual series points lead for the first time this season. The clever gate-choice had not gone unnoticed and he was joined on the inside for race two with the inevitable consequences. Leaned on by both of his neighbours out of the gate the Frenchman was initially buried in twelfth with a mountain to climb but, again setting the fastest lap of the race, he was in inspired form to move into the top six within ten minutes. Engaged in an enthralling duel with his immediate title rival during the second half of the moto he even pulled alongside at one stage but could not quite make the pass stick as they advanced together further up the leaderboard. Fifth at the chequered flag secured the overall podium for the Kawasaki star and ensured that he heads to the final three rounds of the series just one point from the series points lead.

Romain Febvre: That was a really good first race; in the middle of the race I made a mistake and lost three or four seconds but I knew I was the fastest at some places of the track and I could catch Tim again. The last five laps were really challenging; we passed each other a few times and I was really happy to make the final pass going into the last lap. I didnt know it was for the championship lead, but it was good to win that one. I didnt take a good start - which is crucial here - in the second race and had to dig deep. I passed Jeffrey once but he passed me back. Im a little disappointed  one good moto and one not-quite-so-good again. Its a long time since I did two really solid motos so I will try to put that straight in each of the last three GPs. Now the championship starts again with the top three within three points and I will do my best to be first at the end! 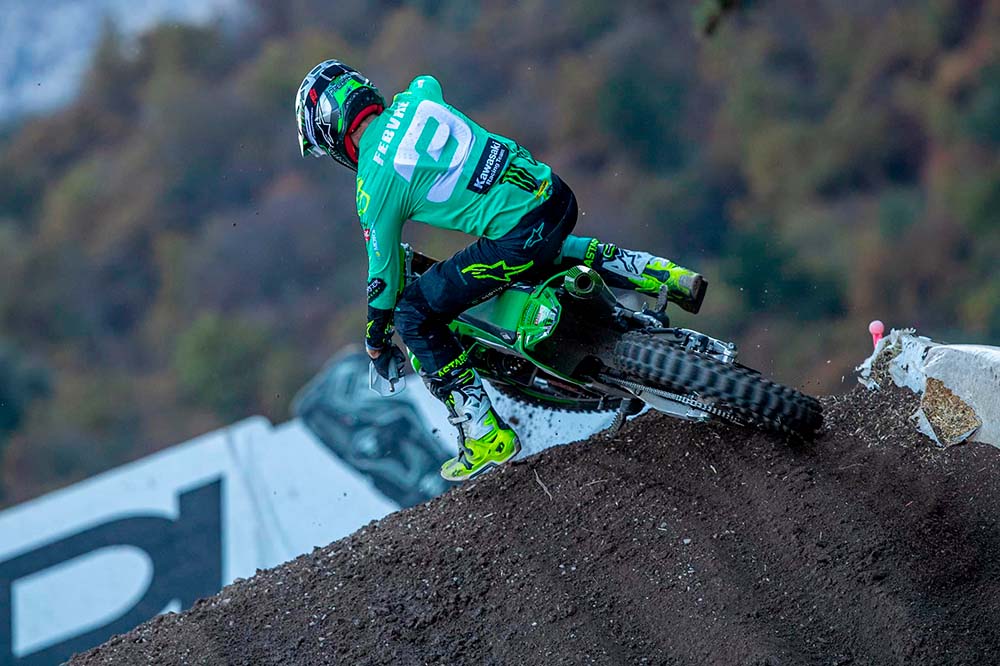