Clement Desalle was one of the most successful riders of his generation that left his mark on the MXGP for the last decade.

In the past years, Polisport was a proud supporter of the teams where Clement rode, from Sylvain Geboerss Suzuki Rockstar factory team to Kawasaki Racing Team in the recent years.

Desalle was a top contender on the MXGP class in the last decade, reaching the top 3 for six times and, on 3 occasions, he was bested by Tony Cairoli on his fight for the championship. A couple of weeks ago Desalle announced his retirement. At age 31 the rider will go for the books and will be remembered as a perfectionist with a complete focus on riding and doing the best in the competition.

"I said recently to my team that I was thankful for the support they gave me, the respect and how we worked together both in terms of me as a rider and as a human. That is important. There is a lot going on when you are a rider in a big team with a big sponsor and there is a business behind it because its a professional sport. The human side means a lot to me." - Clement Desalle on this Racer X interview.

The human side was always something very important to Clement and that is one of the main reasons why he had only 2 teams in the past 10 years. It was a pleasure for all fans to see him in action, battling for the championship, most of the time against the almighty Cairoli. 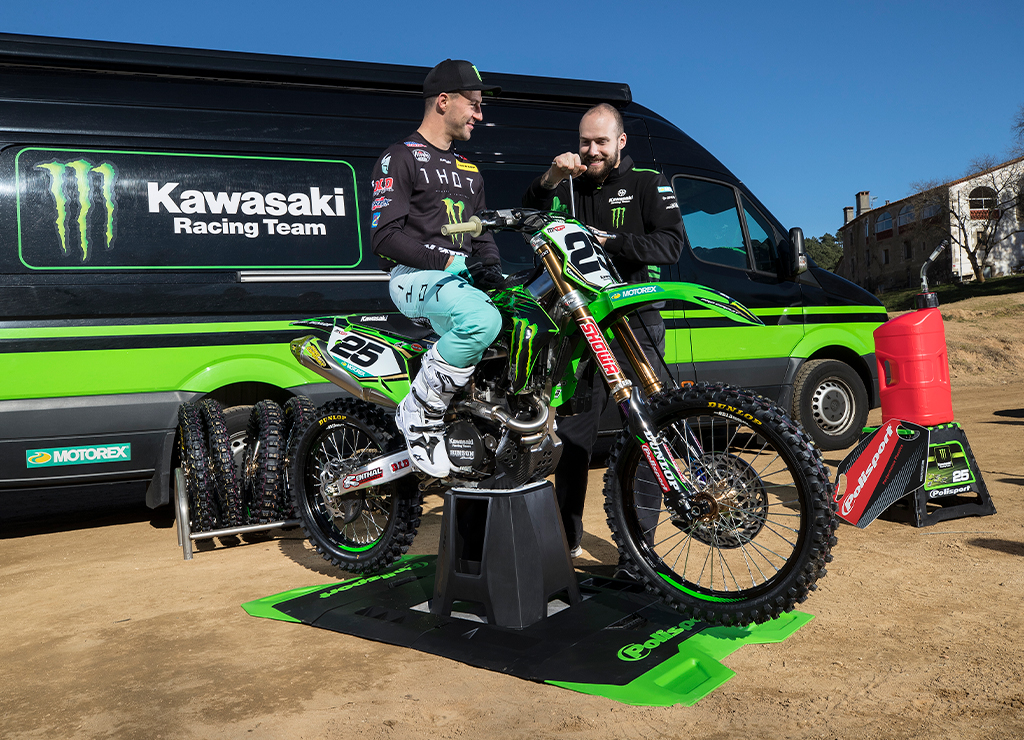 For Polisport it has been an honor to support the teams where Clement raced for the past 10 years and to be associated with one of the best in the sport. We had the opportunity to work with the «MX Panda», supplying our best products for tracks, like the Bike Stand, Bike Mat, Pro Octane, Pit Board, and, of course, our Replica Plastics.

We wish the best of luck to Clement in his future endeavors. It was a pleasure to see him in action!