Moto win and adversity for Romain Febvre in Spain

After earning third gate-pick in Qualifying around the man-made track overlooking the intu-Xanadu shopping complex in the Madrid suburb of Arroyomolinos the Frenchman coolly chose the fifth gate to give himself the perfect angle into the first turn of race one to emerge ahead of his championship rivals in second. After a lap to settle into his rhythm he immediately started to post the fastest laps of the race as he worked on finding a way around the local hero Prado, always a difficult rider to pass, for the lead. The pressure almost paid off on lap eight of nineteen as he diced inside the Spaniard but the berm was broken and the Kawasaki rider experienced a hairy moment to regain control in an incident which temporarily lost him two seconds. Quickly regaining his composure Febvre soared back onto the rear wheel of his rival, the KX450-SR picking up tremendous drive out of the turn before the waves for a scintillating pass. Once in front he immediately raced clear, building an advantage of eight seconds entering the final lap before calmly throttling back to avoid any unforced errors to clinch an ecstatic victory which closed the gap at the head of the championship table to just a single point. A switch to gate three to avoid handing an inside line to the fast-gating Spaniard back-fired immediately in the first few metres out of the gate as his new neighbour immediately moved over on the Kawasaki and Febvre found himself in traffic on the edge of the top ten. Worse was to follow just as couple of corners further as the Frenchman found himself involved in a midpack tangle which left him temporarily trapped under his bike with a mountain to climb from twenty-fourth at the first split. Decisively carving his way through the pack he was already fourteenth a lap later and within ten minutes, setting similar lap times to the leaders despite racing in traffic, had broken into the top ten before his progress inevitably lost the same momentum as the leaderboard men had taken advantage of a clear track to gap their chasers. Showing great character Febvre continued to push, narrowly failing to catch the rider in sixth to earn fourth overall on the day, just a single point from the podium, and maintain his second place in the championship standings as the series heads to the final five rounds in the space of eighteen days.

Romain Febvre: I felt amazing on this track; it very well-prepared so the conditions were perfect already in the morning and I was happy with a third gate-pick. I got a good start in the first race, second behind Jorge Prado; I tried several times to pass him without success and I also made a few mistakes in the process but finally I passed him and put in several fast laps to make a gap. I was happy to win this moto but unfortunately my second start wasnt so good and in the third corner I collided with other riders and crashed; I was under my bike so I lost a lot of time; I came back in the race last but I had good speed and was able to come back to seventh. Everything was OK apart from this crash; I was actually happy to finish seventh as I couldnt imagine that was possible when I got back on my bike. Now we move to Arco; it is one of my favourite tracks and I expect more great results there to continue our challenge for the title. 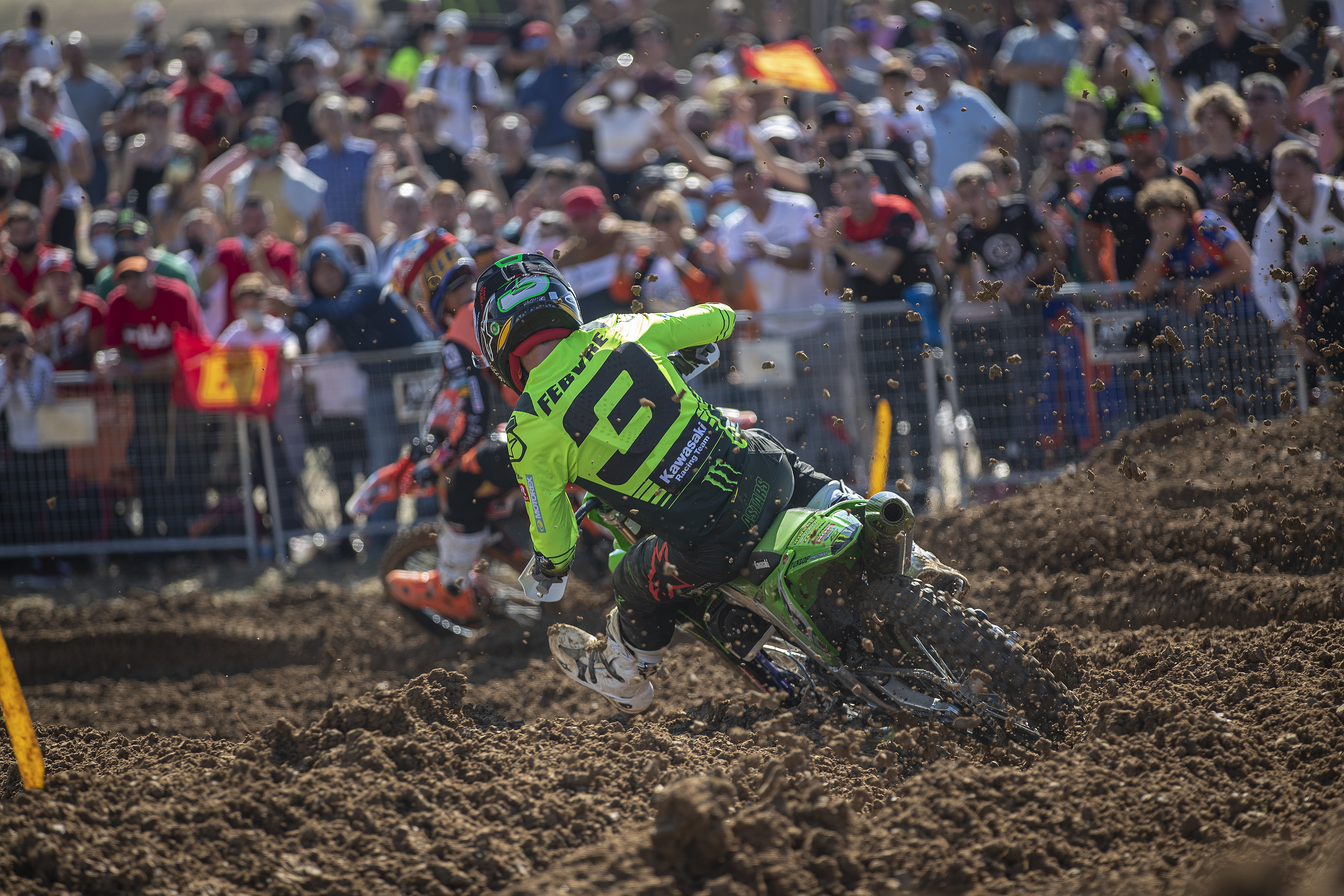